Fun fact: California has more national parks — nine — than any other U.S. state. That includes Alaska, which has eight.

The nine California national parks span over 6,310,000 acres and dot every section of the state, encompassing everything from desert and mountains to ocean and forests of giant trees.

There’s truly something for everyone here in every season, so the only tricky part is deciding which of the California national parks to visit first!

We’ve put together this guide with an overview of each park to make the process a little easier. You could also just go big and decide to do a grand California national parks tour!

Guide to All 9 California National Parks

Whether you prefer soaring mountains, the vast desert, ocean scenery, giant trees, or a little of everything, you’ll find something to love in California national parks. 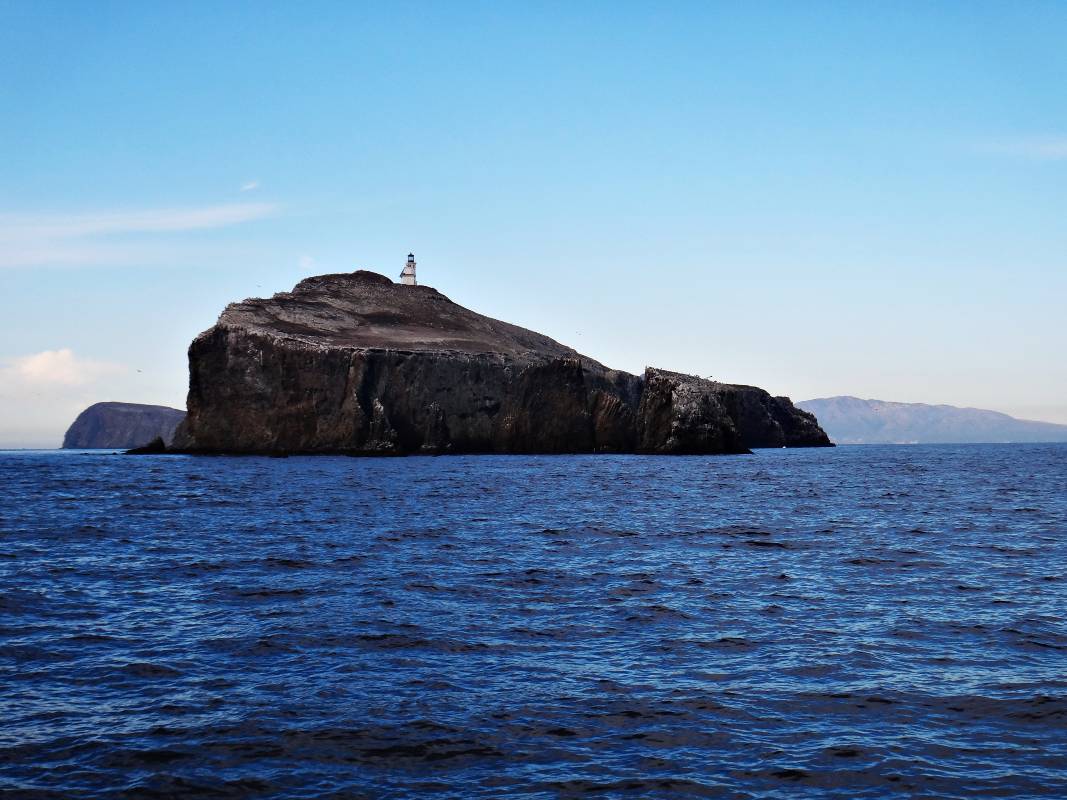 While not exactly remote or hidden (we are talking about the southern and central California coast, after all), Channel Islands National Park does require a fair amount of effort to reach.

In order to visit any of the five islands — Anacapa, Santa Barbara, Santa Cruz, San Miguel, and Santa Rosa — you’ll need to take a boat or plane and commit anywhere from one to three hours. The slight inaccessibility has largely preserved Channel Islands and makes it one of the most unique California national parks.

Visitors are rewarded with nearly untouched natural beauty and once you arrive, the best way to explore is by hiking or kayaking. Keep your eyes open, as this is prime territory for whales and dolphins.

And if you want to stay the night (which you should!), you’ll need to camp and pack in all your own gear — there isn’t a single hotel on the islands. To say that this is the most diverse of all California national parks is an understatement. At over three million acres, Death Valley is also the largest national park in the Lower 48 — only Alaska’s parks are bigger.

Needless to say, there’s plenty to experience, but be sure to time your visit carefully. Aim for mid-fall to mid-spring, as the summer months bring frequent extreme temperatures of well over 120 degrees. Spend your time in Joshua Tree hiking and rock climbing, but be sure to get up before the sun and stay up late, too. Sunrises and stargazing are absolutely mind-blowing here!

You should also set aside some time to relax and explore the eclectic small towns surrounding the park, including Twentynine Palms and Palm Springs. As you might expect, Lassen Volcanic National Park is defined by numerous volcanoes and unique geographic features formed by their eruptions. In fact, it’s the only place on Earth you’ll find all four major types of volcanoes — cinder cones, composite, shield, and lava domes — and many of them are active.

Much like the far more well-known Yellowstone National Park, Lassen Volcanic has hiking trails that pass right by hydrothermal features. One is aptly, if not unfortunately, named Bumpass Hell Trail. Get up-close and personal with boiling mud pockets and scalding, pristine pools of emerald green and turquoise blue. 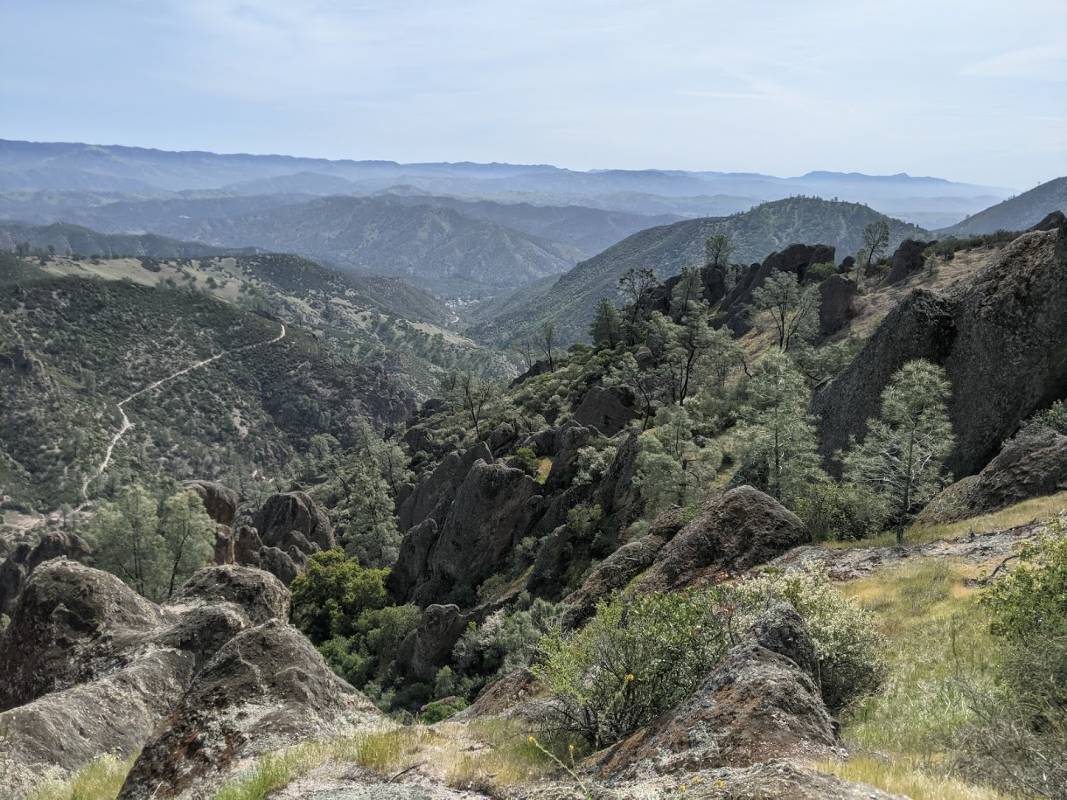 Like Lassen Volcanic, this national park was largely formed by volcanic activity millions and millions of years ago — 23 million, to be exact.

Interestingly, and unique among California national parks, Pinnacles has two separate entrances, east and west, and they are not connected.

The entrances are about two hours apart driving distance, so it may be a good idea to commit to one on a particular day and visit the other on another day. Most of the park’s amenities and services are on the east side, but many people think the best hiking and rock climbing are on the west side. Tucked way up in northern California, Redwood is home to the world’s tallest trees, but that’s just the beginning.

In addition to the park’s world-renowned namesake trees, there’s also 40 miles of coastline, expansive prairie, untamed rivers, and more. Hike, go for a scenic drive, hang out at Gold Bluffs Beach, and don’t miss riding the Sky Trail gondola through the Trees of Mystery. Home to the world’s largest trees and the highest peak in the Lower 48, 14,494-foot-tall Mount Whitney, Sequoia and Kings Canyon are two can’t-miss California national parks.

Often referred to as (and even considered) a single park, these are two smaller parks sitting side-by-side in the southern portion of the Sierra Nevadas.

Head to Giant Forest to explore one of several short and sweet hiking trails. Here, you’ll find the iconic General Sherman, which, at 275 feet tall and 36 feet in diameter, is the largest tree on the planet. And although you visit these parks for the trees, don’t miss heading underground to see Crystal Cave. Arguably among the best-known national parks in the entire world, never mind California national parks, Yosemite lives up to its hype in every metric.

Everything about this park is grand, from its sheer size (nearly 1,200 square miles) and cascading waterfalls to its enormous granite rock formations and expansive valleys. It’s no wonder that Yosemite is a UNESCO World Heritage Site.

There’s no shortage of ways to explore Yosemite. In fact, you’ll run out of time long before you run out of things to do! Take your pick from dozens (hundreds?) of hiking trails, raft the Merced River, watch sunrise from iconic Tunnel View, or gawk at some of the highest waterfalls in the U.S.

Note that all visitors must make an advance reservation to enter Yosemite through September 30th.

Whether you’re visiting just one park or planning to see all nine California national parks, there’s a way to make the trip even more special: custom tokens from The Wander Club!

Collect these special tokens based on the places you’ve been — or the places you’re going — and add them to a token holder, like a one-of-a-kind Wanderchain or necklace. We have tokens for every national park, U.S. state, and country, as well as many landmarks and other travel destinations.

There are even completely custom tokens, and you can add a date to any of them! Shop our full inventory before you book another trip, and keep gifts in mind, too. Happy travel planning (and shopping!)!